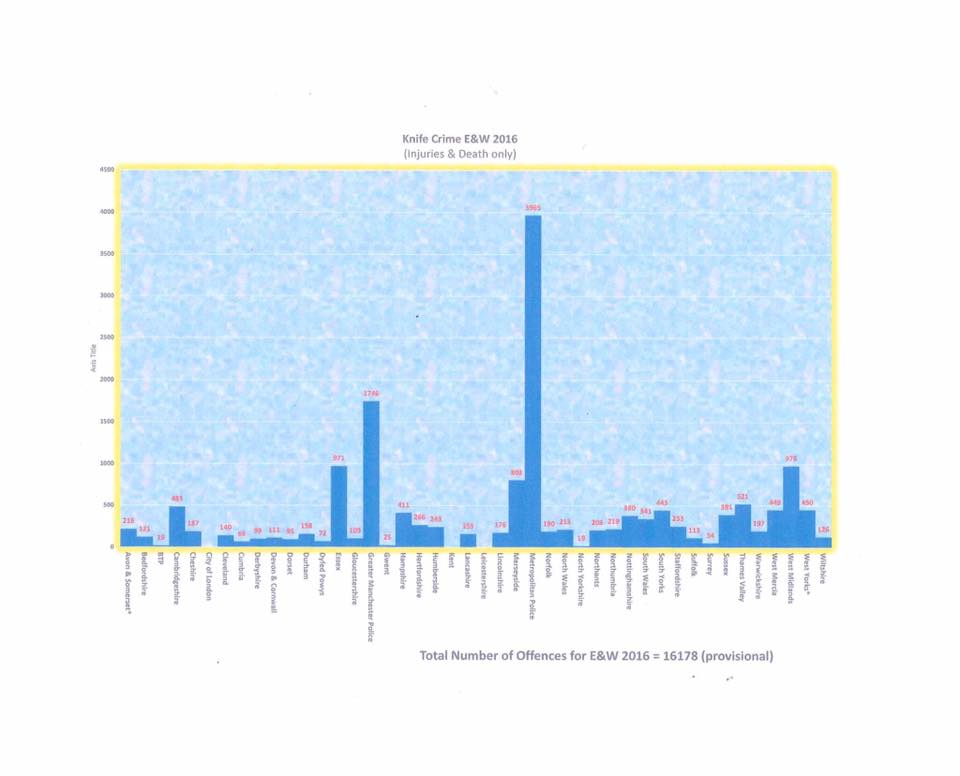 There were over 16,000 Injuries and deaths caused by knives in 2016.
This figure does not include persons stopped with a knife or persons caught having threatened someone with a blade.

This figure is missing three forces, we are still trying to obtain their statistics.

Everyone note London’s figures, yet the Mayor’s office still remains silent despite the fact that they possess the ability to host the Knife Angel- The National Monument against Violence and Aggression – Knife Angel

By allowing the monument to occupy the 4th plinth, it would give a voice to the victims of knife crime.
It would kick-start the government and our educational system into doing more to turn the tide, on this national blight.