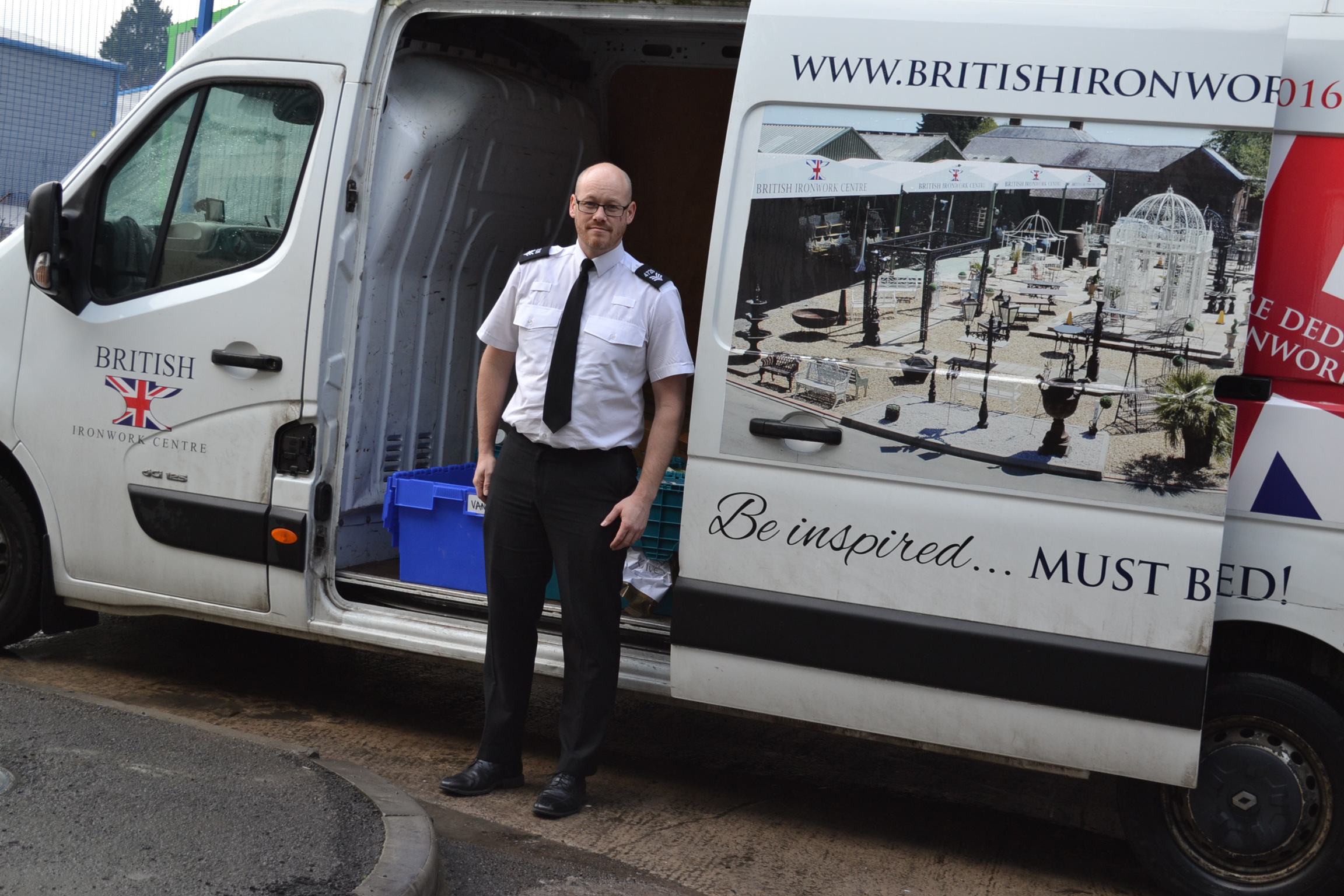 Another Force has joined the Knife Angel campaign!

South Wales Police yesterday became the latest police force to join our National campaign, to remove a quarter of a million knives and weapons off the streets of the UK in the creation of The National Monument against Violence and Aggression -…. We travelled to the forces Bridgend property stores to collect a number of knives and weapons confiscated by the South Wales Police across the region. Included were a number of pocket knives, household knives and one or two homemade weapons which are now safely off the streets and included in raising awareness on the damaging affects of knife crime and violence. We thank South Wales Police in responding to the nations plight and supporting our campaign. We hope they continue to focus on reducing the number of knife related crime in South Wales. Pictured above is Sergeant Karl Roberts of South Wales Police.